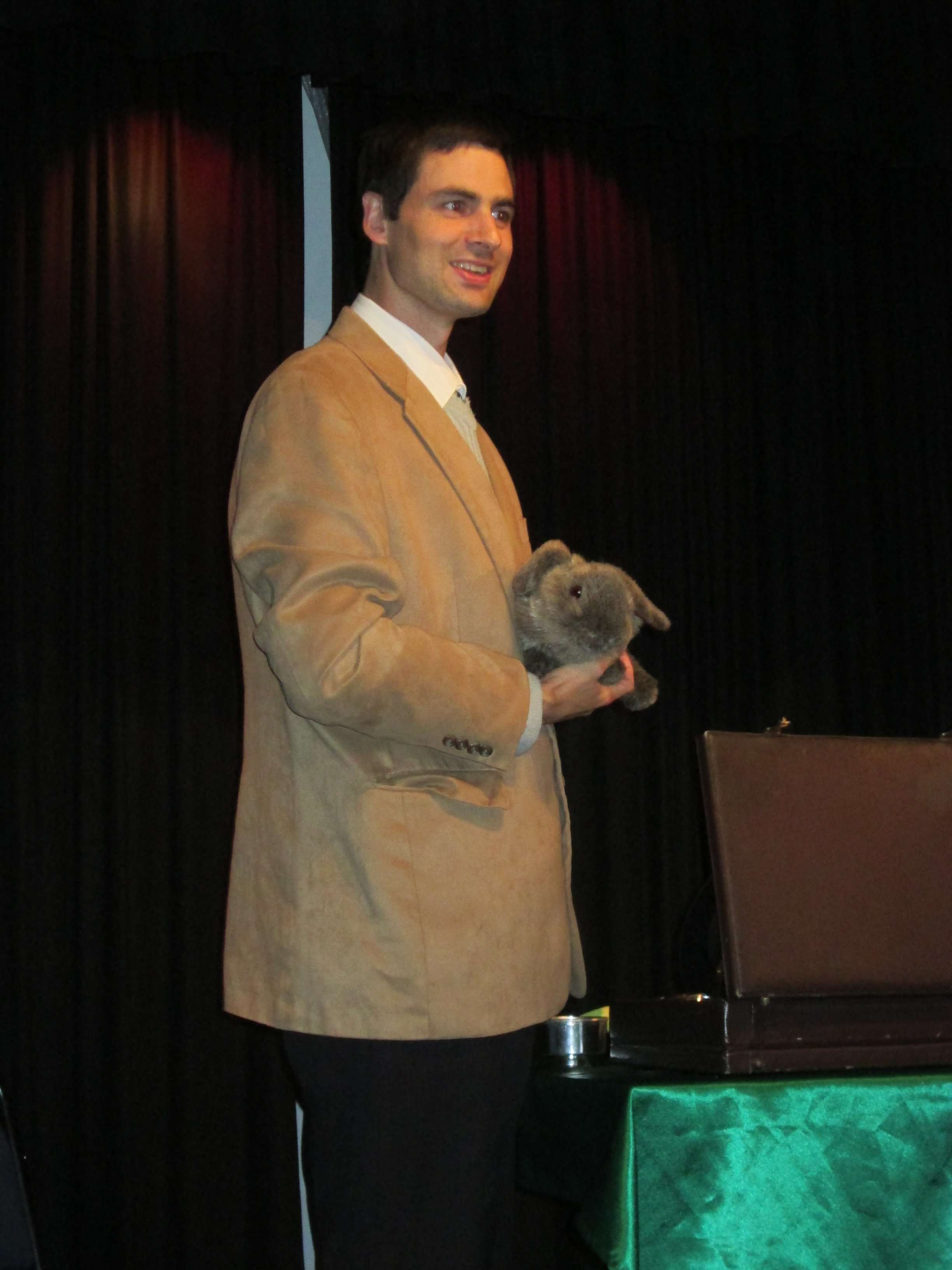 (Tim can be hired from this site- see contact form at bottom of page.)

Tim Coles operates under the name of Tricky Tim  (when performing for children) and also has a character “Mr Keen“- which is for adults (and had me rolling around the aisles with laughter). Full name: Timothy Angus John Coles.

What made Tim Coles become a magician?

He enjoyed magicians in pre- primary school and as a result he received his first magic set at the ripe old age of 6, for Christmas.

He proceeded to give his first magic show the very next day – Boxing day (as known in South Africa).

Where Is Tricky Tim based?

How long has Tim been performing?

As mentioned above, Tim’s first magic show was at the age of Six. He then attended the “College of Magic” (in Cape Town- you have to be minimum age of 10) and has been performing at the Children’s Magic Festival (this has been mentioned in some of the blog posts on the site) and at children’s birthday parties since that time.

What magic does Tim most enjoy performing?

Some of the places that Tim has performed in?

There have been so many. I guess that playing the character Ludwig Dobler in “Flight of the Stars” (a magical production) was fantastic. Another, would be my solo performance on KTV (South African TV) and of course it would be amiss not to mention the great performance that the Course Six’s gave at the College of Magic graduation, Class of 2000.

The Ali Bongo book: ” Be a Magician”.

What would you like to make even “better” in Magic?

I find that connecting with an audience is the most rewarding thing. So, I definitely want to keep working on this and making it even better.

What would you like to see on this site?

Videos would be good.

(Note from author: working on this… not soon, but in the pipeline).

Second note from Author: Tim can be hired for children’s performances and adult performances via this page. Simply complete the contact form at the bottom of this page and submit. I will send to Tim to contact you.

Lastly: Every child wants to meet David Copperfield… but not everyone gets to. So when you have a photo of yourself with David Copperfield, it needs to be shared, so here is a young Tim Coles with the Maestro:

If you would like to contact Tim directly, you can do so via his “hire a Cape Town magician” page.