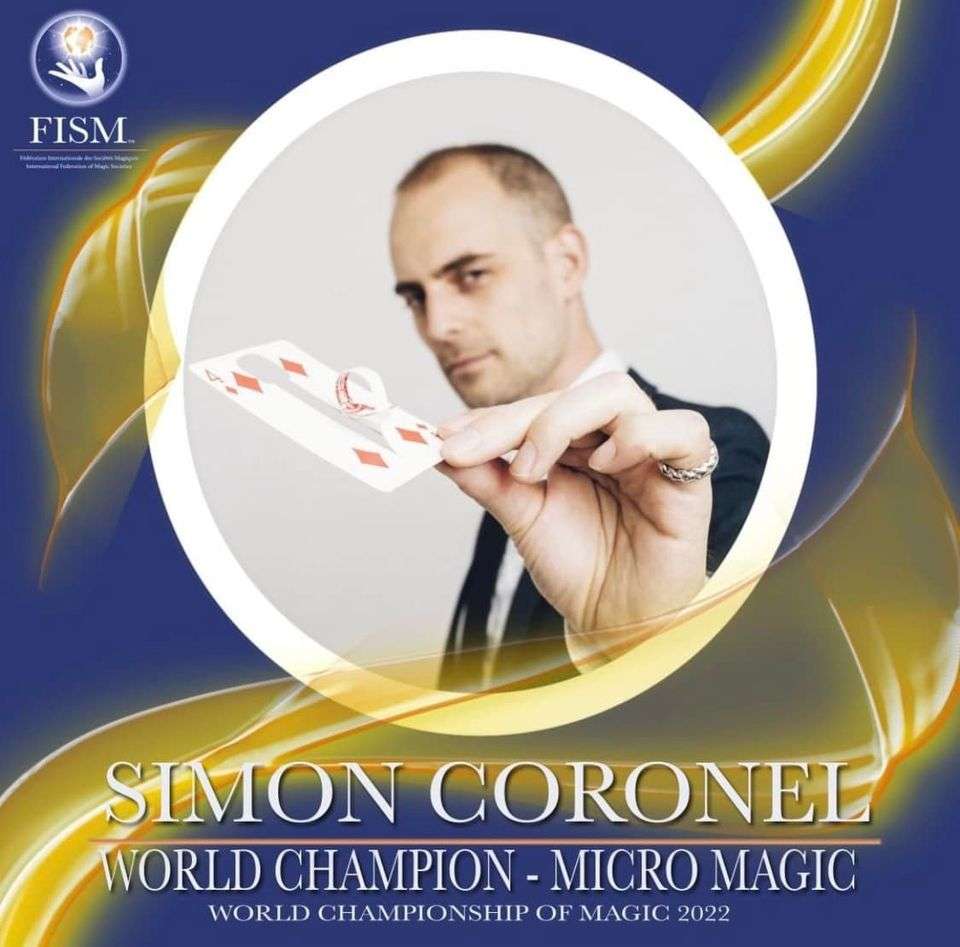 Simon has just won the First prize for Micro magic At FISM Quebec 2022 (a joint 1st). He was also awarded the Grand Prix for Close Up magic. He is therefore a World Champion of Magic.

Simon is originally from Melbourne in Australia. However, he has also lived in London and after many visits to the U.S. he now lives in Los Angeles.

An insightful interview with inside.melbourne will give you more information on the how and why of Simon.

The history with Penn and Teller is also interesting. Simon performed and they assumed he had used gimmiked poker chips. A year later when discussing the trick with someone else, they realised that he hadn’t and therefore they had been fooled.

So, they did the right thing and called him back and awarded him the trophy. How is that for honest!

The Second time that Simon performed for them, he did an amazing bill switch (well multiple) and received his second trophy. That performance directly below.