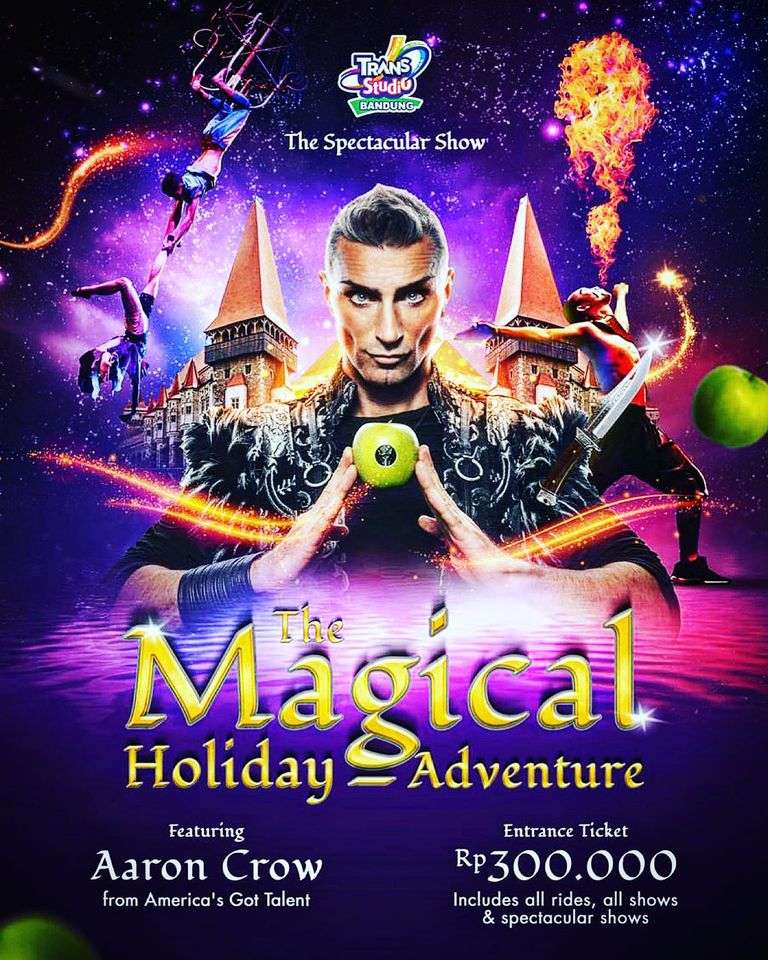 Aaron Crow is a magician from Belgium. His forte is Mentalism and Danger acts.

He is a World Champion in Magic (Mental Magic) FISM 2003.

He has also performed with The Illusionists (USA, including Broadway, New York and Australia- Sydney Opera House and London, West End).

He has also performed in Italia’s Got Talent (2013- Semi-finals) and France ”La France a un incroyable talent”- 2016, Semi-finals again.

He was also a member of the Belgium Tae Kwon Do team.