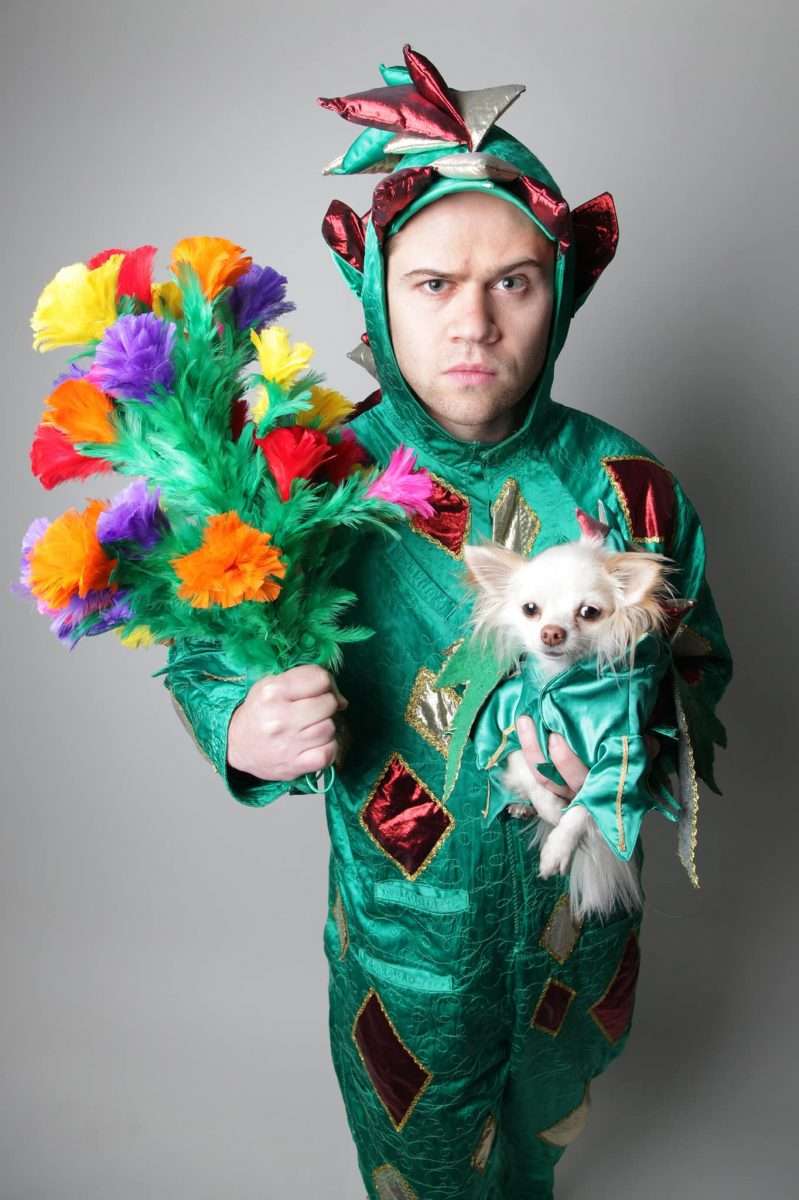 John van der Put is an English magician, based currently in Las Vegas (2022), where he stars in a show at the The Flamingo- casino hotel.

He is a member of The Magic Circle (and inducted into their Inner Ring). He has won many awards, including Close up Magician of the Year (2011) and Stage magician of the year (2012).

John has an extensive theatrical background (after a few years in IT).

In 2008, John created his Piff the Magic Dragon character, with his assistant “Mr Piffles” (his chihuahua).

He has performed (as Piff and Mr. Piffles) in many fringe art festivals. He has done magic consulting work (including for Penn and Teller).

He has appeared on AGT (a few times, getting as far as the finals) and on Penn and Teller.

So, good ahead and watch him and Mr Piffles at the Piff the Magic Dragon showroom at The Flamingo.

He has a Wikipedia page if you are looking for a more extensive history.

Articles on Piff the Magic Dragon

August 2022, in the telegraph.co.uk– great bit of history on John van der Put.