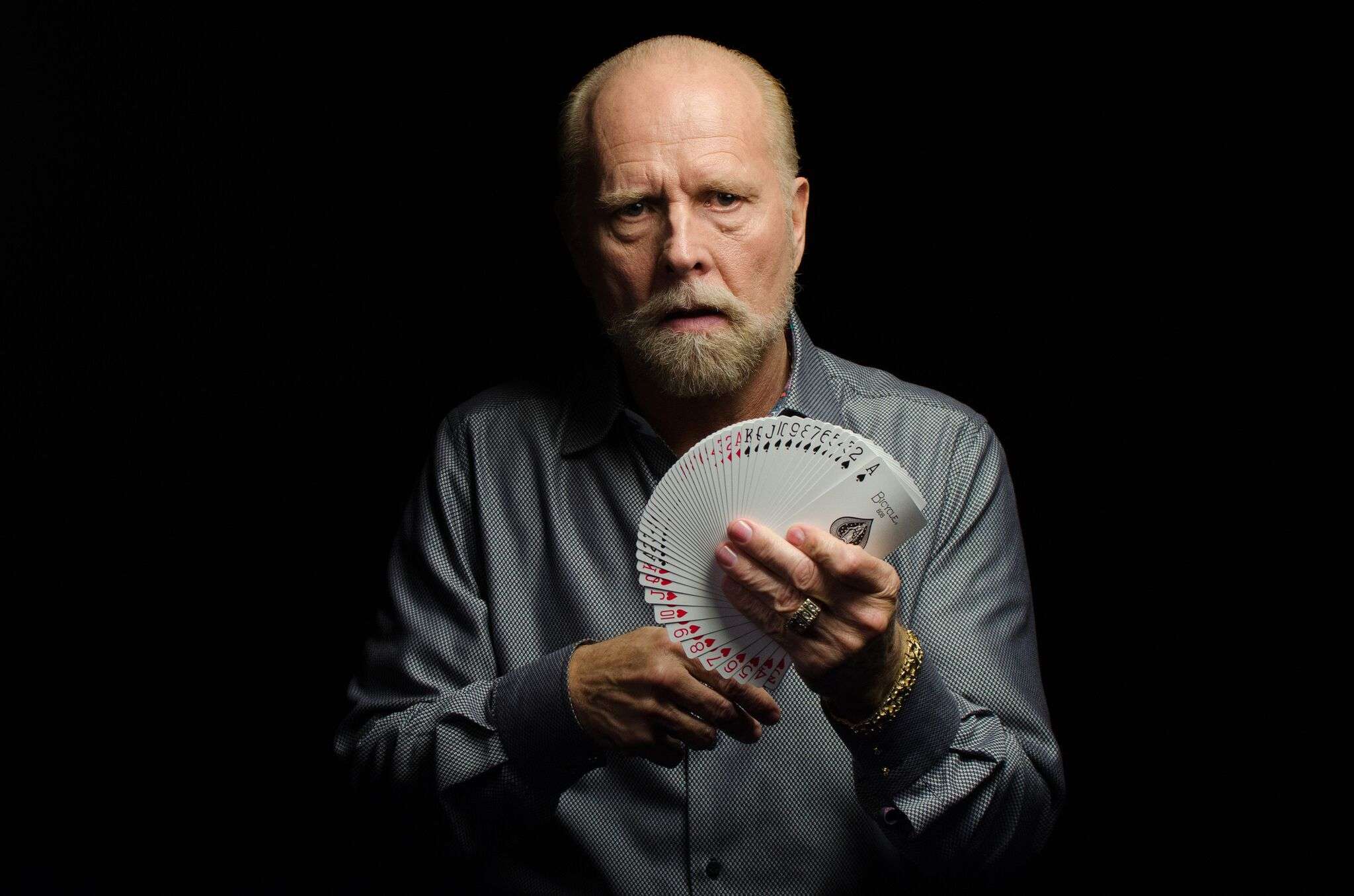 Note: Richard Turner prefers to go by the title of ‘card mechanic’.

I saw him in Cape Town, when he was performing and the Cape Magicians Circle went along. He is unbelievably skilled. Considering how many years he has spent with a deck of cards in his hands, i doubt anyone will ever match his skill with cards.

The film by Luke Korem, has some great reviews.

(Update: see the end of this article for the news that a full feature film is going to be made on the life of Richard Turner).

Dealt knocked me dead… Turner and the tough love of his family, won my heart. A great documentary.

(Teller, of Penn and Teller)

The movie “Dealt” opens in selected cinemas from the 20 October 2017.

You can view the official trailer here:

The film traces the life of Richard Turner,

who is a renowned card magician, from his troubled childhood, when his vision started to go… to the present day. He is completely blind… yet his biggest weakness, is also his greatest strength.

The story is hugely uplifting and inspirational… and the film is winning film festival awards all over.

It appears that a full feature movie is being made on the life of Richard Turner, according to news released by Variety.com.

The filmmakers behind “Dealt” – director, writer and producer Luke Korem, producer Russell Groves, and writer Bradley Jackson – are all on board to produce the feature film with Court Five.Here is a link to the posting on Variety.com : Richard Turner full feature movie
Page last updated 11th May, 2021
Sharing is caring